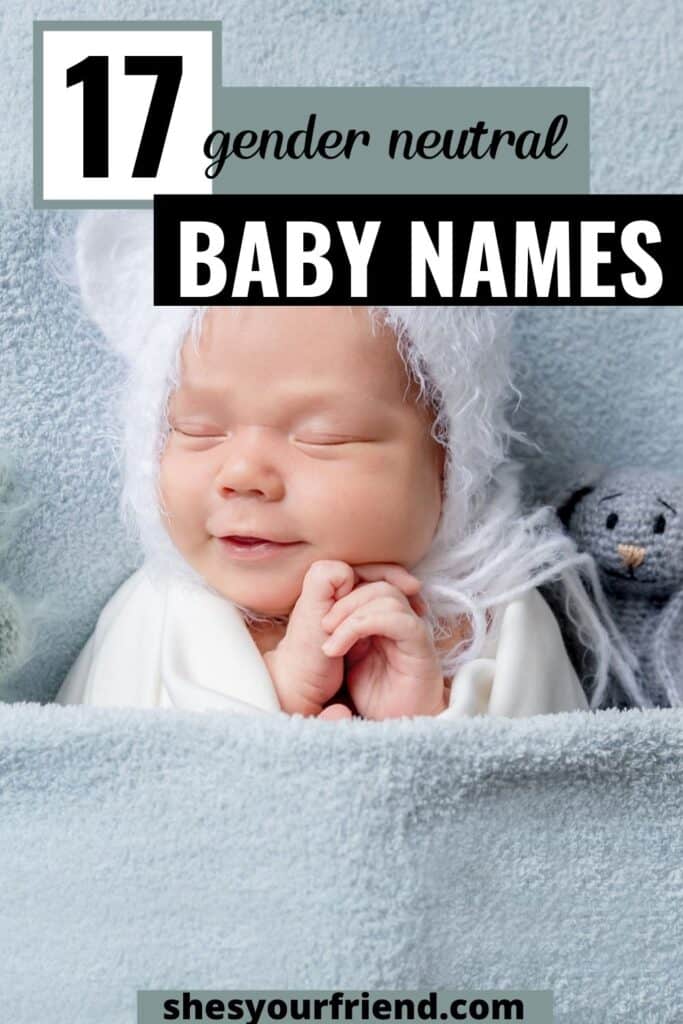 Gender neutral baby names are on the rise for a lot of reasons. If you are looking for a name that is gender neutral for your son or daughter, than this is a great list of names to choose from.

We've all heard of Blake Lively, the actress, and honestly I think she is the reason why this name is gaining popularity as a baby girl name!

Elliot is another traditionally boy's name that has been gaining popularity the last couple of years for girls! There are lots of different nickname possibilities like: Ellie or Elle.

While it's a slight spelling variation from Aaron, Erin is another great name for your baby girl.

Ezra is another cool name that has fun possibilities for nicknames like Ezzie.

I have a beautiful niece who is named Monroe, and it's such a great name! Again lots of nickname ideas like Ro-ro or Mo.

Possible nicknames for Ashton could be Ashie or Ash.

This is another dominantly male name, but lately more and more baby girls are being named Ryan! A nickname idea could be Ri.

Marley means pleasant seaside meadow, and is a sweet little name for a baby girl!

Wyatt is another name that was popular as a boys name, but slowly it is making it's mark for being a baby girl name. The name itself means brave and strong, and who wouldn't want that for their baby girl!

Charlie has lots of different spelling variations, and is rising in populating for both baby boys and baby girls. It means

I've always thought this is a charming name for a baby girl. It's a fun play off Tom Sawyer and Huckleberry Finn. If you are a literature fan, this might be right up your alley!

If you are looking for a biblical name for your son, Jesse means God's gift. If you like western movies, there's an older tv show called Laramie and one of the main characters is Jess Harper.

We've all heard of Reese Witherspoon who is a well-known actress, but the name Reese is actually a great name for either a boy or a girl.

Skylar means lover of learning or scholar. It's another great name that could be used for a boy or a girl and with the right middle name could be a fierce combination!

Any outlander fans? Jamie is one of the main characters, and he is quite the man!

If your first instinct is Gilmore Girls, I understand. Hear me out though, Rory would be a great boys name! It's actually a name that originated in Scotland and it means red king.

Jude Law is to thank for this name gaining popularity in baby boys! The Greek meaning is praised. I keep thinking Jude Alexander... or Jude Xavier... would be a cool combination of first and middle name.